Tangles is an abstract tile-based game for one to ten players. Tangles can be enjoyed to suit your mood – play solo at a slow, contemplative pace or with a crowd with the pressure on. 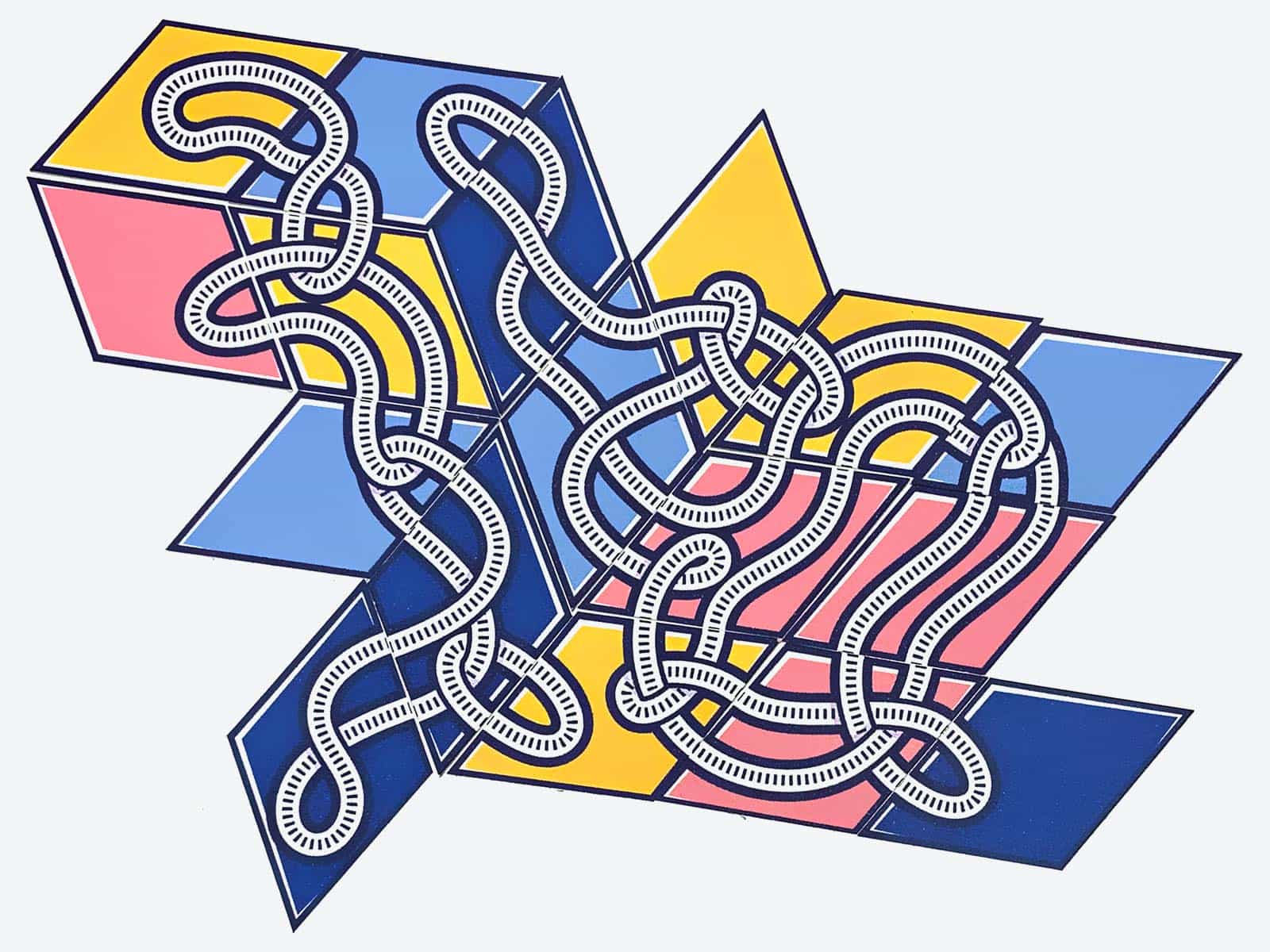 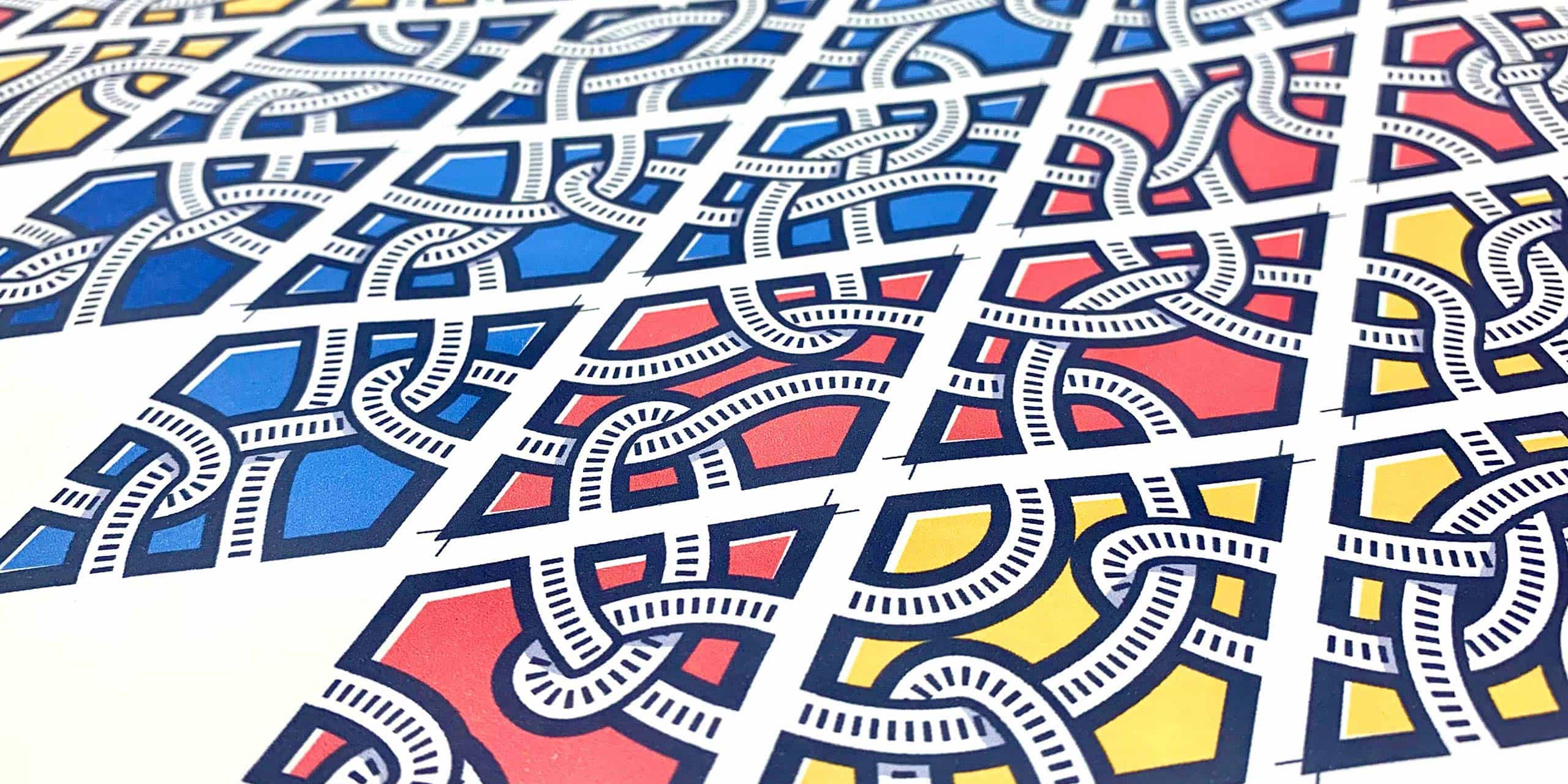 The aim of the game is to score as many points as possible by laying tiles and forming loops.

Each game consist of rounds. Play as many or as few rounds as you like.

A normal round follows these steps:

Add the scores from each round to see who wins at the end of the game.

The caller for the next round is the player to the left of the previous caller. Use any system you like to determine the caller for round one.

For every closed loop, you score one point for the tiles that this loop touches. If a tile includes many loops, that tile is counted separately for each loop.

If all the tiles are closed, a bonus point is added to your score.

Tiles are laid out so that sides match up. All lines on touching edges must be linked. Tiles are allowed to form enclosed, empty spaces. A player is not required to use all of their tiles.

How many tiles should I choose?

More tiles take more time to configure, and present the opportunity to score more points. Younger players will find it easier to play with fewer tiles. Low numbers of tiles also means chance plays a bigger role in how many points are possible.

Any player can optionally start a 60-second timer at any point in the round, and the round is over once the time has elapsed. When starting the timer, the player says “TICK TOCK”.

For each loop that a player makes, if it consistently passes over and under all lines that it crosses throughout the loop, the score for the loop is doubled.

There is no caller. Instead, rounds are played in descending order, starting from ten tiles and using one less tile each round until the final round, using only two tiles.

Players may trade tiles with each other during a round. Usually this helps players catch up to the leader. One tile is traded for another at a time, but there is no limit to the number of trades any player can make. When playing Trading Post, the timer is useful for preventing unlimited trades (“Tick Tock”).

After selecting their tiles, a player may only use tiles of a single colour.